Can the Breathometer™ be Both Revolutionary and Reliable? 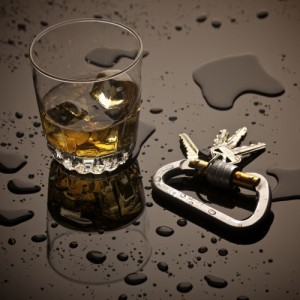 On September 27, entrepreneur Charles Michael Yim introduced America to the Breathometer™, a breathalyzer that plugs into smart phones, on national television via the show Shark Tank. For the first time in five seasons of the show, on which entrepreneurs attempt to persuade five multi-millionaire and billionaire tycoons to invest in their product, all five sharks chipped in, giving Yim a total of $1 million.

In front of seven million viewers, Yim explained how using the Breathometer™ is as simple as plugging it into an iPhone or Android device’s headphone jack, breathing into it, and watching as your BAC (blood alcohol content) appears on the screen. It also features the option to instantaneously order you a cab.

The Breathometer™ retails for $49. Yim and his investors, consisting of both sharks and contributors to crowdfunding platform Indiegogo, would likely tell you this is a small price to pay for the sense of security you’ll derive from knowing that you’ll arrive home both safe and DUI-free.

What they won’t tell you though, is that if you rely on the Breathometer™ and the Breathometer™ turns out to be inaccurate, $49 will instead be a small price tacked on to the $1000s you’ll pay for a DUI conviction.

Breathalyzers that use semiconductor sensors will react to beer, wine, gin—and hair spray. And gasoline vapor. And cigarette smoke. They also have a short working life, rarely lasting a year and lasting even less when used frequently. And should the worst happen and you find yourself in court following a DUI arrest, you should know that no breathalyzer with a semiconductor sensor has ever been approved for evidential use by any State Law Enforcement Agencies or by the U.S. Department of Transportation.

Here are a few more questions you should ask before purchasing the Breathometer™. What happens when the AAA battery that powers it is too low to operate at full capacity? Will you, as the makers of the product mandate, always remember to wait 20 minutes after your last drink to use it to make sure it is as accurate as possible? Accurate BAC level aside, will it accurately alert you when it’s time to be sent back and calibrated, as every breathalyzer must be?

No one would fault Yim and his investors for wanting to create a product that inspires consumers to make responsible decisions when drinking. What many would do however, is warn against relying solely on the Breathometer™ when deciding whether or not you’re capable of operating a vehicle after having a drink.

At the end of the day, the Breathometer™ may provide you with a possible BAC, but not necessarily an accurate BAC, when it comes to getting you home safe. The only 100 percent guarantee that the Breathometer™ can make is that it will get you a cab with the click of a button.