Can You Refuse Non-Standardized Field Sobriety Tests In Ohio? 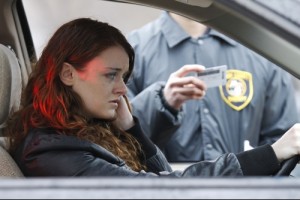 Unlike Standardized Field Sobriety Tests, Non-Standardized Field Sobriety Tests have not been deemed an accurate indicator of impairment or a Blood Alcohol Concentration (BAC) greater than .08. The number and type of tests administered differs between states and police agencies. Performance of these tests provides the government more evidence and probable cause to make an arrest. There is no scientific correlation between “failure” and being impaired by alcohol and/or drugs.
At The Law Offices of Steven R. Adams, LLC, we believe it is essential for you to refuse to perform these tests:

Did the use of the following tests lead to your DUI / OVI charges?
Take immediate action and contact us by calling (513) 929-9333.

An individual is instructed to stand with his or her feet together, head tilted back, and eyes closed. The officer will ask the individual to estimate the passing of 30 seconds while standing in this position. The suspect is instructed to lift his or her head and verbally acknowledge when the time has passed. This test is designed for the suspect to fail. For example, depending on how the suspect counts, the officer will determine the count was too slow or too fast and use this as an indicator of impairment. The officer also checks for movement while the individual performs the test and whether they are swaying while standing, which is a subjective observation.

The officer will instruct the suspect to touch a specific finger to his or her nose while standing with their head tilted back and their eyes closed. The officer is looking for an inability to follow directions and any movement during the test.

Officers should first check to ensure the suspect knows his or her alphabet. As obvious as it may seem, some people are unable to read or recite the alphabet. Once the determination has been made, the officer will provide instructions to start reciting and finish reciting with specific letters.

The officer is checking for many factors, including:

These machines, which are usually carried in police cruisers, are not regulated by the Ohio Department of Health and the results are considered inadmissible in court. However, police officers frequently use this as the first field sobriety. People may be told the result cannot be used in court, but are tricked into believing they will be able to drive home if they test under the legal limit on the machine, which is not always the case.

Even though these kinds of tests are not reliable indicators of impairment, the results provide additional probable cause for an arrest and will be used in court. It is important to have an aggressive and experienced OVI or DUI lawyer on your side. Our firm has 25 years of experience!

Call The Law Offices of Steven R. Adams, LLC today and let us work to defend you.

Call our office today at (513) 929-9333 or fill out our online contact form below to set up your initial consultation.
Sign Up for Our Newsletter