Attorney
Connect with me

Mr. Brittingham is a 2005 graduate of Hanover College in Hanover, Indiana. He earned a bachelor’s degree in Sociology while participating in both football and track at the varsity level.

He is a 2008 graduate of the University Of Dayton College Of Law and was admitted to practice in Ohio that same year.

From 2007 to 2008 he worked with the Montgomery County Public Defender’s Office.

He worked at Lexis Nexis doing legal research from 2008 to 2011 and maintained a private practice during that time as well.

In June of 2011 Mr. Brittingham was asked to join the Hamilton County Public Defender’s Office. He accepted that position and was promoted to Municipal Court Team Leader in April of 2013.

He continued to zealously advocate for his clients in that position until joining The Law Offices of Steven R. Adams, LLC in June of 2015. 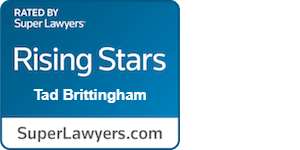 Lectured to a room of approximately 25 lawyers in the use of Lexis Nexis legal research software, February 2014

Certified in the administration of Standardized Field Sobriety Test through the NHTSA Student Course, April 2014 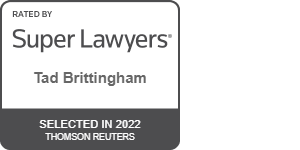 Upon invitation by the professor, taught a class on OVI fundamentals to 7 University of Cincinnati law students participating in the school’s Indigent Defense Clinic, April 2015 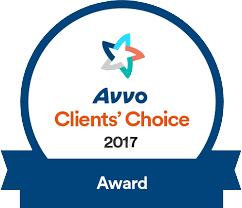 We are extremely pleased to announce that our own Tad Brittingham has received a 2017 Avvo Clients’ Choice Award.

This award is particularly meaningful to us because it is based solely on client reviews and ratings. It is a pure reflection of what Tad does for the people he works for, the case results he gets, and the partnerships he forms. Since the Law Offices of Steven R. Adams is dedicated first and foremost to the needs of the people we help, receiving this award means that Tad is accomplishing our mission and meeting our goals of helping people receive resolution.