8 Tips For When You’re Pulled Over By The Police 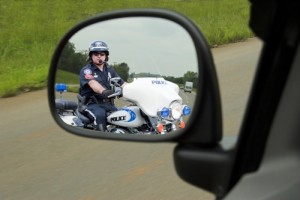 The sight of those flashing red and blue lights in your rearview mirror can be a stressful one. No one likes getting pulled over, but if you know what to do, there is no need for alarm.

Pulled over by the Police? Keep the following tips in mind:

If you have found yourself facing DUI charges, your number one priority should be to call a Cincinnati DUI lawyer at The Law Offices of Steven R. Adams, LLC as soon as possible. Attorney Steven R. Adams is among the top five percent of lawyers in Ohio as named by Super Lawyers® Magazine and has over 25 years of experience protecting the rights of people accused of DUI / OVI. Been stopped by the man? Call the man, Steven R. Adams, at (513) 285-9020 for a free case evaluation.

by Steven R. Adams
Steven R. Adams was a criminal defense lawyer dedicated to DUI, OVI, and criminal defense in Cincinnati, Ohio.
1 Comments
It was interesting when you mentioned that sobriety tests are not mandatory. My sister recently told me that she has been pulled over by the police many times in the last month, we do not know the reason, but it is good to know this kind of tip so anybody knows how to properly proceed. I will make sure she knows this advice in case she has any problem, she would know how to solve it besides calling a professional to get legal representation. https://sebouhlaw.com/practice-areas/
by Jay Jorgenson March 30, 2021 at 05:13 PM
Post a Comment