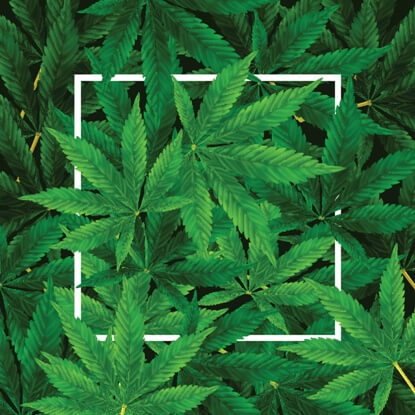 Since the passing of Ohio’s medical marihuana bill, the need for Ohio citizens to know the ins-and-outs of Ohio’s drug laws has never been higher. Even though medical marihuana has been legalized, it’s not an absolute defense to using marihuana—a person has to meet certain criteria to fall under that exception. The purpose of this article is to clear the fog around such laws and discuss the differences between drug dealing, trafficking, possession, distribution, manufacturing, and completely legal conduct under new Ohio medical marihuana laws.

All three laws require the offender to act “knowingly.” In Ohio, a person acts knowingly when they are aware that their conduct will probably cause a certain result. For example, in trafficking offenses, the offender has to have knowledge that the drug being transported is intended to be sold. This knowledge can be inferred by circumstances like the amount of the drug in possession or if the drug is packaged in a way that suggests it is for sale. Knowledge inferred by circumstances gives rise to a “reasonable cause to believe.”

Drug trafficking arises in two situations: (1) selling or offering to sell a drug and (2) moving or preparing to move a drug when the offender has knowledge or reasonable cause to believe that the drug is intended for sale. Under this Ohio law, actions like drug dealing, trafficking, and distributing are treated similarly, if not the same. Now you might be asking yourself, “what if I give someone a small amount of marihuana for personal use, without getting money from them? There was no exchange of money so it’s not a sale, and it’s for personal use so I know it’s not going to be sold.” Under Ohio’s drug trafficking laws, giving someone a drug, even when there is no money exchanged, is still considered a “sale.” Not only could you still be on the hook for drug trafficking, but merely having marihuana can be a crime.

Drug possession occurs when a person knowingly obtains, possesses, or uses a drug. Ohio courts have ruled the “[p]ossession of drugs can be either actual or constructive” and that “[c]onstructive possession exists when an individual knowingly exercises dominion and control over an object, even though that object may not be within his immediate physical possession.” In other words, if marihuana is found in your car or home, you could be guilty of possession, even if you never physically touched the marihuana. However, an exception to that rule is that the person has to be “conscious of the presence of the object.” This means that if you are unaware that the marihuana is in your car, there is no way that you could “possess” it.

An interesting difference between trafficking and possession laws is that possession has an affirmative defense of “personal use.” Although this defense is not absolute and therefore will not prevent the charges from being brought, it can reduce a penalty for such a charge. This defense is only available to those charged with certain fourth-degree felony possession offenses which are summarized in the table below:

** A “bulk amount” is an established dosage or weight amount that is unique to each drug and used to determine penalties.

You may be thinking, “what if, instead of selling, buying, or receiving drugs from someone, I grow or create my own?” Not only is that still possession but would also be considered the illegal manufacture of a drug. The illegal manufacture of drugs occurs when a person knowingly cultivates, manufactures, or otherwise engages in any part of production of a drug. The same “knowingly” requirement applies here, meaning that a person who is aware that their actions will probably cause the creation of a drug, has done so knowingly. It isn’t enough to say, “I didn’t know this would create a drug,” because a reasonable person could guess that a combination of random chemicals could make a drug.

Similar to possession offenses, manufacturing offenses have an affirmative defense of personal use. However, this defense only applies to fifth degree felony violations involving marihuana. More specifically, if someone grows an amount of marihuana that is equal to or exceeds 200 grams, but is less than 1000 grams, they may be able to use the “personal use” defense to reduce their otherwise fifth-degree felony to a misdemeanor.