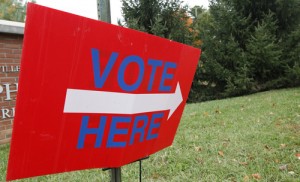 Despite a $20 million campaign in support of Issue 3, a proposed constitutional amendment that would legalize marijuana for both medical and recreational purposes in Ohio, voters have struck down the amendment in a crushing electoral defeat. The measure was voted down 64% to 36%.

ISSUE 2 AND ISSUE 3: WHAT THEY PROPOSED

The following measures were placed before the Ohio public:

Issue 2 – The Ohio Initiated Monopolies Amendment: A “yes” vote would have prevented Issue 3 from taking effect, allowing the Ohio Ballot Board to regulate future ballot measured dealing with monopolies. A “no” vote would have left current laws unchanged.

Issue 3 – The Ohio Marijuana Legalization Initiative: A “yes” vote would have legalized the limited sale and use of marijuana and create 10 facilities with exclusive commercial rights to grow marijuana. A “no” vote would have left current laws unchanged.

WHY DID ISSUE 3 FAIL?

Here are some of the reasons why the measure ultimately failed:

Marijuana is still illegal in the state of Ohio, and driving under the influence of marijuana is still a punishable offense. Had issue 3 passed, it likely would have impacted how a lawyer might defend a person allegedly driving under the influence of marijuana. The “no” vote on Issue 3 may temporarily stall rigid law enforcement when it comes to driving and marijuana use.

Although the measure failed this time, the public’s interest in legalization of medical marijuana will surely lead to a better-worded and more appropriately conceived campaign in the future.

Click here for more information on Issue 2 and Issue 3 here.