Should James Manley Have Been Arrested for Tampering With Evidence in Connection With the Pike County Massacre Investigation? 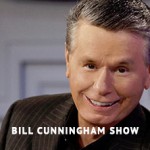 Listen to Steven R. Adams in this clip from The Bill Cunningham Show on Cincinnati's News Radio 700WLW.

James Manley was arrested in May 2017 in connection with the April 2016 Pike County Massacre that involved the deaths of eight members of the Rhoden family. He is accused of destroying a GPS device placed on his vehicle and is now facing charges of tampering with evidence and vandalism.

James is the brother of Dana Lynn Rhoden, one of the victims. James claimed he destroyed the device because he believed it had been placed by someone who intended to harm his family.

Ohio criminal defense attorney Steven R. Adams points out that it impossible for the prosecution to know what James intended when he destroyed the device. It would not be a crime if he destroyed the device because it was placed by anyone other than law enforcement. Government GPS tracking devices are not labeled, so there’s no way James would know cops placed the device as part of an ongoing investigation.

Steven points out that the government has a hunch as to what James intended, but this doesn’t rise to the level of probable cause or proof beyond a reasonable doubt.

Are they trying to lock up James—who allegedly flunked a recent lie detector test—to flush out some element of the family who knows what happened?

According to Steven, lie detector tests are a form of “psychological warfare” used against subjects. They’re inadmissible in court and a skilled criminal defense attorney would never recommend that a client submit to one. A lawyer may ask a client to take a polygraph with their own private expert, but they’d never ask for the obvious bias that occurs when the police are polygraphing a suspect.

The real reason behind a polygraph is to coerce a confession. It’s legal for the police to lie to a criminal defendant to gather other evidence. The father of James and Dana pointed out he was tired, hungry, and caught off guard when he took the test. Any of these things would have altered the result.

Steven is not representing James Manley, but says the government has no basis for the charges. James has not been charged with the murders and the police are still actively investigating leads and searching farmhouses in the area.