Marijuana Use and DUI/OVI Laws in Ohio: There's No Real Risk to Public Safety 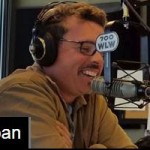 One of the comments host Scott Sloan gets a lot from his show’s listeners is that legalizing recreational marijuana would result in significantly more traffic accidents and fatalities. Colorado, Oregon, and others have struggled with this issue, but policies are all over the board so it’s hard to know what Ohio would do if recreational use was legalized.

According to Steven R. Adams, the National Highway Traffic Safety Administration (NHSTA) supports the view that marijuana may very well be among the least harmful of substances commonly used before getting behind the wheel. It is not possible to conclude anything about a driver’s level of impairment based on THC levels.

To protect yourself, choose to refuse any chemical test request after you’re stopped by law enforcement. Cops primarily use urine testing. Urine testing is a simple screen saying someone has used marijuana at some time in the past—possibly as much as 90 days prior. Blood tests are secondary, but a more accurate way of testing for THC. However, they are still flawed and can't show current levels of impairment if you've used several days prior.

Choose to refuse because the only way the government is ever going to get a conviction is if you agree to take a urine or blood test. It is difficult for a lawyer to challenge the results of a chemical test. The legislature considers these tests to be the standard of reliability, even though science doesn’t support their validity.

We’re not trying to hide evidence—we’re trying to prevent slam dunk prosecution based on junk science. There’s a monetary incentive for prosecution. OVI patrols are often about revenue enhancement, not public safety. Studies have failed to demonstrate that drivers with cannabinoids are more likely than drug-free drivers to be culpable in road crashes.

If Ohio comes to legalize marijuana, as they may very well do, they need to change the laws to eliminate equal protection violations. Medical marijuana use shouldn’t be unfairly penalized. Metabolites can remain in the blood for at least 30 days, so you can’t prove someone is under the influence at the time they were driving.

Even the Supreme Court has said that interpreting the law to state that any byproduct of cannabis proves impairment can lead to absurd results. Steven believes this is the only logical conclusion.