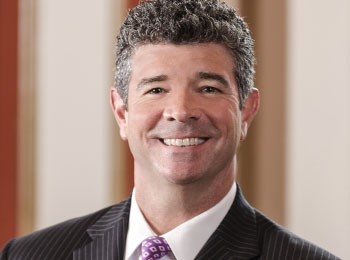 Steven Adams, age 55, passed away on November 1st, 2020 at the University of Cincinnati Medical Center in Ohio. He was the loving husband of Dr. Maria Bustamante, and a caring and providing father for Ulysses Samuel and Abraham Galo. He was a self-made hard worker, wonderful husband, father, friend and colleague.  Steve was born August 22, 1965 to Donald Russell Adams & Sally Diane (Nee Hrudicka) Adams, and was the oldest of two children growing up in Quincy, IL. He is survived by his wife, two children and mother; and will be missed by the professional and personal community at large.

Steve had a long-standing history of volunteerism, he served as campaign manager for local political races, as a board member with several local charities and civic groups, as an independent humanitarian with the homeless in the city of Cincinnati, and as a volunteer with several local hospitals and foundations. Through these endeavors, Steve raised significant contributions over the years that made a meaningful impact in the community.

Steve was also passionate athlete, who enjoyed running, swimming and biking. He represented Cincinnati in the Ironman Triathlon World Championship four times over his adult life.  Steve’s competitive swimming started at the University of Kentucky where he swam competitively at the collegiate level.

Professionally, he served as an Assistant Hamilton County Prosecutor for eight years, before opening his private practice in 2000. His career focus was on criminal and DIU defense. Over his tenure in private practice, Steve obtained multiple certifications and trainings. He was deemed an expert in his field in Hamilton County, and hosted and supported numerous seminars at the national level. He also authored numerous publications and articles throughout his career. Steve was heavily involved in the community as a standing member of the National College for DUI Defense, the National Association of Criminal Defense Lawyers, the Greater Cincinnati Criminal Defense Lawyers Association, the Ohio State Bar Association, the Hamilton County Bar Association, board member of the Ohio Association of Criminal Defense Lawyers, and member of the Ohio State Bar Association College.

Steve’s numerous years of experience in the criminal law arena gave him a tremendous level of insight into the legal systems and workings of Hamilton County. Over his years of practice, he developed a clear understanding of the perspectives of police officers, judges, prosecutors, victims, and the accused. Steve was honored to be selected for Best Lawyers In America 2016 – 2020, and Ohio Super Lawyer 10 Years in a Row.

Steve received his B.A. degree from the University of Kentucky and his J.D. degree from Salmon P. Chase College of Law. 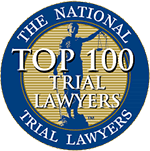