What’s The Difference Between a ‘No Contest’ Vs. ‘Guilty’ Plea in a DUI Case? 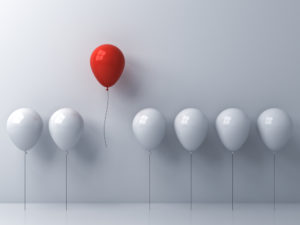 When considering the outcome of your Ohio drunk driving case, pleading no contest will likely give you the same results as a guilty plea. When the court looks at the prosecution’s case against you, they will likely find you guilty, and you will face the same penalties.

You will not have a chance to tell your side of the story or try to clear your name. You will have a permanent record, and face legal and administrative penalties. For this reason, we recommend entering a “not guilty” plea at your arraignment unless instructed otherwise by your attorney.

Understanding What “No Contest” Means

A “no contest” plea means you are not going to challenge any of the evidence against you or disagree with the facts outlined in the police report or presented as evidence in the case. You are not admitting guilt, but you are waiving your right to present any evidence in your defense and giving up your right to counter the prosecution’s case against you.

After a no contest plea, the court will likely review the prosecution’s case and find no reason to dismiss it.

In essence, when you enter a no contest plea, you face the same penalties as if you plead guilty.

When this happens, there will be a sentencing hearing when you will learn about the penalties you will face.

We recommend talking to an Ohio criminal defense attorney familiar with OVI cases before your arraignment, if possible. This is the best way to get advice based on the facts of your case. In general, if you have not discussed your situation with an attorney, we recommend avoiding a no contest plea and opting for a plea of “not guilty” instead. This protects your rights and gives you the chance to contact a lawyer who can fight to try to get a more favorable outcome in your case.

Benefits of a No Contest Plea

Consider Entering a “Not Guilty” Plea Instead

The most common reason people want to enter a guilty or no contest plea in an OVI charge is to put the whole thing behind them. However, this means they face legal and administrative penalties that will likely follow them for the next several years. If we can instead clear their name or negotiate a plea bargain for a lesser offense, they can avoid having to deal with the consequences of their arrest for the next few years.

The only way you get a chance to defend yourself and clear your name is by entering a not guilty plea during your arraignment.

Any other plea entered in an OVI case will likely result in giving up your right to present your side of the story. For this reason, you should talk to knowledgeable legal counsel before your arraignment or enter a not guilty plea. A not guilty plea gives you time to speak to an attorney who can represent you during pretrial and throughout the remainder of your case.

When our OVI defense attorney takes on an Ohio drunk driving case, he first assesses the situation and looks into the circumstances surrounding the arrest. Then, he begins to put a strategy in place that may offer a more favorable outcome for the client. Our goal is to mitigate the impact your arrest has on your life, however possible.

Some of the ways we may be able to help you that disappear if you enter a no contest or guilty plea include: