Confessions, and How to Exclude Them from Your Drug Case

“We find the defendant . . . guilty, Your Honor.”  You have likely seen countless movies and television shows in which the foreperson of the jury, during a dramatic climax of the story, gives the judge the jury’s verdict.  If the prosecutors are the good guys in the story you are watching, then the jury will most likely be rendering a “guilty” verdict. 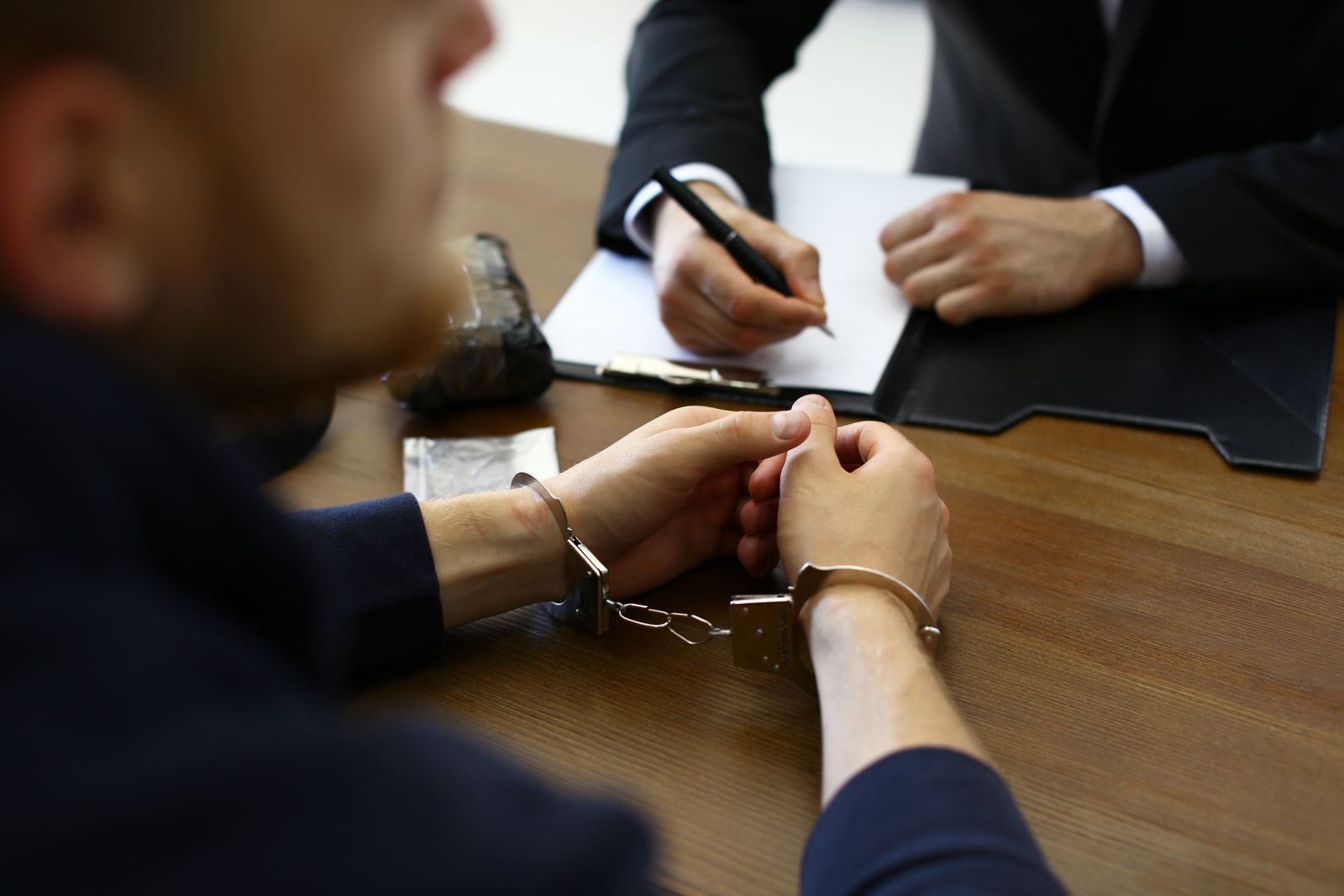 Real life, of course, is not like the movies or the shows on television.  Rather, prosecutors are well aware that to get 12 people to agree on anything beyond a reasonable doubt is a rather difficult task.  If only one juror has a doubt, then the best the prosecutor can hope for is a “hung jury,” meaning that the jury cannot decide the case, and the case needs to be re-tried.

Given the challenge in proving each and every element of a drug crime beyond a reasonable doubt, police and prosecutors know that oftentimes the most persuasive evidence is the defendant’s own confession.  Indeed, the “beyond a reasonable doubt” standard becomes much more manageable if the person accused of the crime already admitted to it, right?

It comes as no surprise, then, that the police will go to great lengths to obtain a confession from a person suspected of a drug crime.  That means, sometimes police may cut corners – or worse – to obtain a confession that was not done in accordance with the rules.  That is an area that can, and must, be explored at trial so police are not allowed to coerce confessions out of people with impunity.

Here, we will discuss the various ways in which you can have a confession excluded from your trial.  Of course, the thing you should remember – first and foremost – is that you should never speak to the police unless you have a lawyer present with you.  That is true regardless of whether or not you were arrested at the time the police try to speak with you.

Assuming, however, that you made a confession in your case, then there are several ways to challenge the validity of that confession.

The first way to keep a confession out of court is to argue that the police violated your Miranda rights.

The police are required to make sure, before they interrogate you, that you were told of your Miranda rights.  In that vein, if the police try to question you, and you have been placed in “custody” (your freedom to leave has been curtailed in some fashion), the police need to ensure that you know that you have the right not to answer their questions, and a right to have a lawyer present during questioning.

In other words, if you are in custody and the police are about to interrogate you, then you need to be read your Miranda rights.  In fact, it is a good rule of thumb to remember this formula:

So, if you are in custody and the police are asking you questions (interrogating you), then anything you say can be excluded from your trial if the police forget to read you your Miranda rights.

What is “Custody?”  So far, we have been discussing custody as something similar to being arrested, or at least a situation in which you feel that you are unable to leave.  The concept of “custody,” however, can get pretty complicated.  When it comes to a motion to suppress a confession at trial based on a violation of Miranda, the biggest question is usually:  Was the defendant, in fact, in “custody” at the time the police were asking questions?

To make that determination, the judge will look at a number of factors to figure out whether you felt free to leave.  Were you handcuffed or allowed to move freely?  Were you at police headquarters, on the street, or in your own home?  A number of factual questions come into play with regard to the “custody” question.

Remember, however, anything you say in a confession – even if it is ultimately excluded from your trial – could lead the police to gather more evidence against you based on what you said in your confession.  A violation of Miranda does not always mean that you get an automatic “get out of jail free card.”  Yet, it could be a big factor in getting your case dismissed.

In sum, the way to challenge the use of a confession at trial based on a violation of Miranda is to show that the police subjected you to Custody + Interrogation.  If those two things were present, then the police were obligated to read you your Miranda rights.

Accordingly, it is always appropriate to challenge the use of a confession at trial if it was not voluntary.  Some examples of circumstances in which a confession is involuntary include:

In all of those circumstances, a court should find that the confession obtained from the police was involuntary and cannot be used in court.

There are a number of factors that come into play when courts determine the voluntariness of a confession.  Typically, courts will look at the level of coerciveness.  A long interrogation at a police station will be viewed as far more coercive than a short conversation on the street.  By the same token, a confession that was initiated by a suspect (rather than by police questioning) or given by someone with experience in the criminal justice system will be viewed as more likely voluntary than not.

In sum, the voluntariness of a confession will depend on an analysis of all the circumstances surrounding the confession.  The touchstone will always be whether the confession was the result of the suspect’s own free will.

C.        Confessions After an Illegal Arrest

Even if you are given your Miranda warnings, a confession may still be excluded from trial if it comes after an illegal arrest.  The reasoning here is that anything that follows illegal police conduct must be excluded from trial because it is “fruit of the poisonous tree.”  To clarify, if the police behave illegally, then that represents the “poisonous tree.”  Any confession (or other evidence) that results from the illegal conduct is the “fruit” of that poisonous tree, because it grew out of the illegal conduct.  Such evidence cannot be used in court.

The way that courts analyze this type of challenge to the admissibility of a confession is to look at some relevant considerations such as:

As with many of these legal standards, examples always give helpful context.  Accordingly, let us look at the U.S. Supreme Court case that gave us the considerations listed above.

In Brown v. Illinois, a 1975 case, police came to the home of Richard Brown in connection with a murder investigation.  The police arrested Brown and searched his apartment without having probable cause or a warrant.  Thus, the arrest was illegal.

The police, however, read Brown his Miranda rights and questioned him.  During the questioning, Brown confessed to assisting in the murder.  The lower courts found that the reading of Miranda rights between the illegal arrest and the confession made the confession admissible at trial.  The U.S. Supreme Court, however, reversed the lower court’s ruling.  The Supreme Court held that the Miranda warnings were insufficient to remove the problem caused by the police misconduct.  In other words, the warnings did not change the fact that the confession was the “fruit” of the illegal arrest.

The Brown case is consistent with other Fourth Amendment cases discussed earlier in this book.  Just like when drug evidence is excluded from trial because it was obtained illegally (i.e., without a warrant), the same rule holds true for confessions.  If the confession follows an illegal arrest, then it will be excluded from trial.  In a way, this rule shows how the Fourth Amendment (right against unreasonable searches and seizures) and the Fifth Amendment (right against self-incrimination) work together.

D.        Violation of the Sixth Amendment Right to Counsel

The final way in which a confession can be excluded from trial is to show that the police violated the Sixth Amendment right to counsel.  The simple rule of thumb here is that the moment you unequivocally ask for a lawyer, the police cannot question you until a lawyer is present.  If, however, the police persist on questioning you without a lawyer, then anything you say cannot be used in the case against you at trial.

There is, however, one caveat to this rule.  A confession made after the police violate your Sixth Amendment rights cannot be used in the government’s case-in-chief.  However, if you testify at trial and you say something different from what was in the confession, then the government can use the confession to show that you made a prior inconsistent statement, which can hurt your credibility before the jury.

Accordingly, even if there is a Sixth Amendment violation, a confession can still be used for limited credibility purposes.