OVI / DUI: A Crime of Opinion

In Ohio, Kentucky, and any other states in America, DUI is the only crime where a citizen can be convicted by one police officer’s opinion. An opinion is a view or judgment formed about something, not necessarily based on fact or knowledge. 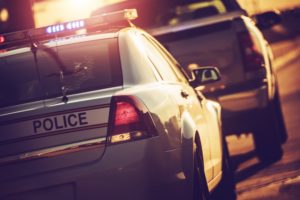 As we all know, different people may draw opposing conclusions, even if they agree on the same set of facts. Also, an opinion may be the result of a person’s feelings, beliefs, and desires mixed in with their personal bias or agenda. Some opinions, such as scientific opinions may reflect opinions on scientific or technical issues, published in scholarly journals, which entail peer-reviewed and rigorous professional editing. Even scientific opinions can be partial, conflicting, and uncertain. Opinions must be based on facts (the more facts the better). If the driver does not give the police facts in order to substantiate his opinion that he is under the influence, then the driver has an advantage in prevailing; i.e. NOT GUILTY!

Let's assume for the sake of this article that DUI is a bit like the game of blackjack, with the driver being the player, and the police offer being the dealer.

If the Po Po DUI Blackjack dealer does not get Blackjack against the player/suspect then that man or woman must be a acquitted and found not guilty. There is simply no proof beyond a reasonable doubt. This is certainly true if the DUI Blackjack player does not provide evidence, and exercises their right in the United States of America to be presumed innocent, remain silent, and have the government prove their guilt by proof beyond a reasonable doubt (rather than helping the government). There is no law that says a citizen suspected of a crime has to help the government in their investigation of the facts. So don’t! And if you choose to refuse and say No No to the Po Po DUI dealer, you certainly increase the probabilities of securing an acquittal and hearing the jury say Not Guilty!

Under the Influence in Ohio

The Ohio Jury instructions for Under the influence is:

Under the influence means that the defendant consumed some (alcohol)(drug of abuse)(alcohol and a drug of abuse), whether mild or potent, in such a quantity, whether small or great, that it adversely affected and appreciably impaired the defendant’s actions, reactions, or mental processes under the circumstances then existing and deprived him of that clearness of intellect and control of himself which he would otherwise have possessed.

If the consumption of (alcohol)(drug of abuse)(alcohol and a drug of abuse) so affected the nervous system, brain, or muscles of the defendant so as to impair, to an appreciable degree, his ability to operate the vehicle, then the defendant was under the influence.

Under the Influence in Kentucky

Therefore, if the suspect lawfully chooses to refuse to give evidence, and appears to be alert, coherent, and able to communicate well with the Po Po DUI dealer in an understandable way, then she can appear to be UN-influenced by alcohol or a drug of abuse!

Recall the previous Ohio definition, reasonable doubt “is present when, after you have carefully considered and compared all the evidence, you cannot say you are firmly convinced of the truth of the charge.”

Reasonable doubt is a doubt based on reason and common sense.

Reasonable doubt is not mere possible doubt, because everything relating to human affairs, or depending on moral evidence is open to some possible or imaginary doubt.

Proof beyond a reasonable doubt is proof of such character that an ordinary person would be willing to rely and act upon it in the most important of his/her own affairs. In other words, would you believe that the accused is guilty of operating a motor vehicle while under the influence of alcohol that the Po Po DUI dealer merely had a two card and a four card? Or, even a 2 card and a 9 card?

The reason for proof beyond a reasonable doubt is clear in America. John Adams said it himself in 1770 just prior to our country gaining independence. After successfully representing the “redcoats” at the Boston Massacre Trial, he said, “A community gains more by protecting innocence than by punishing guilt.” That is the reason for the presumption of innocence in Ohio, Kentucky, and America when the accused is charged with a crime. It is critical that our system of justice prevents wrongful convictions.

Our Founding Fathers Had Much to Say About Opinions

“opinion and the just maintenance of it, shall never be a crime in my view; nor bring injury on the individual.”

In 1798 President George Washington, in a letter to George Custis, wrote,

“conjectures are often substituted for fact.”

In 1787, James Madison made a speech to the Constitutional Convention and said,

“all men having power ought to be distrusted to a certain degree.”

John Adams in a letter to Thomas Jefferson said,

“power must never be trusted without a check.”

“facts are stubborn things; and whatever may be our wishes, our inclinations, or the dictates of our passions, they cannot alter the state of facts and evidence”