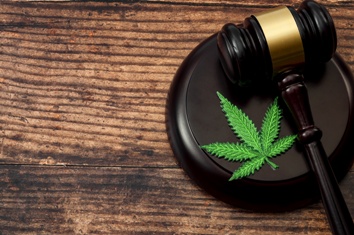 If you have been arrested on drug charges involving marijuana, you should know that Kentucky has a firm stance on the possession and sale of cannabis. The state classifies cannabis as a Schedule I substance, and it is a crime to possess, sell, or cultivate marijuana in Kentucky. This includes medical marijuana.

Defendants can be prosecuted if they have any amount of marijuana on their person or in their control, with the potential penalties rising with the amount of marijuana involved. For this reason, it is vital that you speak with a drug possession defense lawyer at The Law Offices of Steven R. Adams as soon as possible. Call us today at (513) 929-9333 for your free case evaluation.

What You May Be Charged with After a Marijuana Arrest

If this is your first arrest, police and prosecutors may be pressuring you to plead guilty and just accept the “minor” penalties you are facing. However, even if you accept some jail time or community service, you will still have a criminal record for drug possession that can be used against you when you apply for jobs, try to get into college, or even want to rent an apartment. The best way to protect your future is to fight the charges against you from the beginning.

If you have been arrested with marijuana in Kentucky, you may be charged with:

If you are facing a criminal investigation or charges, you need an experienced drug crimes attorney. As a former prosecuting attorney, Steve Adams knows what must be proven in order to get a conviction, as well as the rules police officers must follow when making an arrest. We understand the difference the discovery of an improper traffic stop or missing search warrant can make in this type of case, and we will not overlook any detail.