Accused of a Crime in Ohio or Kentucky? Talk to Our Criminal Defense Lawyers Before You Make a Mistake! 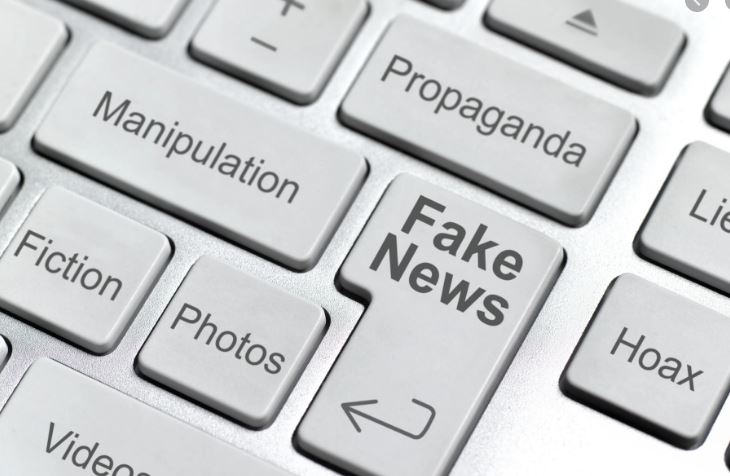 4 Examples of Fake News Propagated by The Police; AKA, The Po-Po

You probably hear the term ‘fake news” every day and associate it with politics and politicians, but police and prosecutors have been masters of the art of misinformation and manipulating facts in order to achieve their goals for quite some time. It all goes back to the Po Po Kool-Aid instructors at the Po Po academies serving their Kool-Aid to their recruits. It is all part of Po Po instruction, Po Po training and Po Po training manuals designed to get recruits to buy into and perpetuate the standard Po Po policy and agenda. The government’s intention is to get them to drink the Kool-Aid and buy into their training agenda and methodologies. In many instances, these methods and programs have proven to be flawed when subjected to outside scrutiny.

What is fake news and how do the Po Po use it?

Disseminating false or misleading information, what you might otherwise refer to as “lying,” took on new meaning during and after the 2016 presidential campaign when the term “fake news” burst onto social and mainstream media. When doing a story about fake news, a producer for the CBS news magazine, 60 Minutes, said one of the challenges faced by his team was “a basic fundamental disagreement right now in the country about what is false information.”

Police rely upon people buying into this misinformation. The misinformation is then disseminated by the Po Po themselves or through various media outlets. Misinformation about the reliability of polygraphs or about the accuracy of breath tests as proof of intoxication are only a couple of examples of evidentiary misinformation where police turn what people believe into tools to use in a quest to obtain a conviction.

For example, the Po Po will tell you they have a witness who identified you as being the person who committed a crime and encourage you to “do the right thing” by confessing. What they won’t tell you is that 75% of the convictions overturned using DNA testing made use of a “reliable” eyewitness who pointed the accusing finger at what turned out to be an innocent person.

The reliability of eyewitness identification is not the only flavor of Kool-Aid that becomes the fake news the Po PO disseminates to the public. Let’s take a look at some other methods used by Po Po to turn their version of events into what they sell as the truth.

2) Polygraphs are not reliable, but the Po Po does not care

When the Po Po detective lacks evidence to arrest a person suspected of committing a crime, the person may be encouraged to take a polygraph or lie detector test to prove their innocence. Research has proven that a polygraph is about as reliable as flipping a coin in identifying when a subject is lying or telling the truth.

The polygraph measures changes to a person’s heart rate and blood pressure, breathing, and skin conductivity in response to a series of questions posed by the person administering the test. As pointed out by no less authority than the American Psychological Association, the physiological reactions measured by a polygraph indicate nervousness or anxiety. Thus, a nervous person telling the truth can be identified as a liar while the lies of a calm individual go undetected.

The APA goes on to point out the lack of evidence to support the theory that physiological reactions may be relied upon as indicators of whether a person is telling the truth. So, why would a detective ask someone to take a lie detector test to corroborate their story? The answer goes back to the fake news and the Kool-Aid served at Po Po academies and written in Po Po training manuals.

When it comes to believing in the reliability of polygraphs, the Po Po know how unreliable they can be. They know that as a general rule the results of a polygraph cannot be used as evidence in a criminal case.

Most people, however, do not know the law and have consumed the government Kool-Aid of believing in the reliability of lie detectors and foolishly believe it will clear them of suspicion. By the time they ask a suspect to sit for a polygraph, the Po Po have already reached a conclusion about the person’s guilt.

Their only motivation for suggesting a polygraph is to trick the person into confessing. In essence, the Po Po manipulate people and suspects into believing their fake news that a polygraph can confirm that a suspect is actually telling the truth.

As you pull away from your favorite restaurant or bar, the telltale flashing of blue lights in your rearview mirror tells you the night is not going to end as planned. The officer may claim to have seen you drifting out of your lane or witnessed some other traffic infraction. The next thing you know, you are being told to step out of your car and perform a series of physical tests, a.k.a. field sobriety tests, to satisfy the officer that you are not intoxicated.

Let’s set the record straight by dispelling the notion that field sobriety tests are an objective indicator of intoxication. They are not!

In fact, these alleged “tests” are highly subjective and rely entirely on the observations and interpretation of the Po Po. The Po Po already believes the person he pulled over to be intoxicated, and he wants to use the tests as evidence to confirm his alleged belief.

Some of these tests consist of walking in a heel-to-toe manner and turning at the end of a specified line (and an imaginary line at that!); standing on one leg for 30 seconds without using your arms for balance; and a horizontal gaze nystagmus test to detect “ jerking” movements of the eyeballs as the suspect gazes from side to side.  Any number of reasons including, but not limited to, being overweight, having a natural lack of coordination and balance, an infection of the inner ear affecting equilibrium, or other mental or physical disorders totally unrelated to the consumption of drugs or alcohol, can cause a person to be unable to perform all of these tests.

How well the Po Po explain and demonstrate each of these “tests” can influence a person’s performance as well. Distractions, such as those caused by passing vehicles and the flashing lights of the patrol car, may affect a person’s ability to perform these “tests.”

4) Dispelling a belief in the infallibility of breath testing

Evidence of operating a vehicle under the influence in Ohio invariably includes blood alcohol content as measured by a machine analyzing the breath of the driver. Beginning in the police academy and continuing throughout their careers in law enforcement, the Po Po learn about the alleged reliability and accuracy of the machines used to test a driver’s BAC. As with most fake news, the truth falls short because breath testing is an inherently flawed “science.”

The equipment used to obtain the evidence that could potentially ruin an innocent person’s life has been shown to be unreliable on a massive scale. According to an investigation by The New York Times, challenges to the accuracy and reliability of the results generated by breath testing equipment have caused judges across the country to toss out breath test evidence in thousands of cases. It appears that improper maintenance, flawed programming, lack of proper calibration and human error affect more of the machines than police and prosecutors would like you to know.​