Supreme Court Case Could Have Big Implications for DUI Arrests 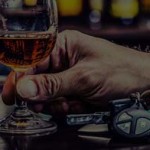 Listen to attorney Steven R. Adams on The Scott Sloan Show on December 16, 2015, as he discusses a Supreme Court case that could have big implications for DUI arrests.

Attorney Steven R. Adams, the area's most prominent DUI/OVI attorney, discusses a pending Supreme Court case determining whether or not it is a crime to refuse to take a breath, urine, or blood test if you have been stopped for drunk driving.

There are three cases related to this issue: two from North Dakota and one from Minnesota. Alan Page, a former Minnesota Vikings player and current member of the Minnesota Supreme Court, wrote a scathing dissenting opinion. This case will now be determined by the U.S. Supreme Court.

One of the issues the federal court must now decide is whether or not blood, breath, or urine samples without a warrant constitutes a reasonable expectation. Criminalizing the act of refusing a breath, blood, or urine test is controversial. Is it reasonable or unreasonable under the Fourth Amendment? Defense attorneys believe it’s unreasonable, but law enforcement generally considers it a search incident to arrest.

Steven points out the search incident to arrest normally covers what’s on a person—such as a weapon—and not what’s inside a person. Blood, breath, and urine samples are part of a person’s body and pose no safety risk to the law enforcement officer. When they’re taken, a person is already out of the car and often in handcuffs. They are not a danger to anyone, so it’s hard to argue that refusing to submit to a search is worthy of being charged as a criminal act.