The government claims that the breath test machine is “scientific,” but the truth is that breath testing is very unreliable and inaccurate. There are machine based flaws, such as... 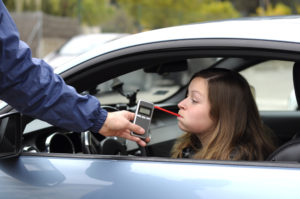 Also, there are operator errors that can cause unreliable and inaccurate results such as...

The machine is programmed to assume that for every one part of alcohol in a subject’s breath, there are 2100 parts in the blood. So the machine does a mathematical calculation to convert breath alcohol concentration to blood-alcohol concentration. However, human beings do not have a constant partition ratio of 2100:1 and partition ratios vary within the human body from 900:1 to about 3400:1.

There are flaws related to urine testing; AKA, Po Po Pee Pee testing,  that lead to inaccurate, and unreliable results. For example, when testing for alcohol:

the subject should be required to void (empty) his bladder and wait before giving a reliable urine sample. In my experience, this never takes place. Assuming the Po Po requires the suspect to empty his bladder, an improper time lapse before taking the second urine sample is problematic.

Other problematic factors are:

Any of the above factors can lead to an inaccurate result causing your test to produce an inaccurate and falsely high blood alcohol content measurement. As such, you, the suspect player, must choose to refuse.

Typically, in challenging the Government’s chemical test, you would need an expert witness to properly attack the accuracy, reliability and validity of the result. This is very expensive. Furthermore, even if it’s not over the illegal limit, the government still can prosecute you.

With respect to refusing, I want to be clear in informing you that there are consequences for refusing a chemical test. A refusal of a chemical test is evidence that can be used against you at trial. However, a refusal on its own is unlikely to “bust” your hand and result in a conviction. Furthermore, compared to the evidentiary consequence of a chemical test over the limit, a refusal can be explained away as following the advice of an attorney, and doubting the reliability of the testing, which as discussed above is perfectly reasonable.

However, you must be aware that a refusal carries its own consequences. In both Ohio and Kentucky, the motorists must submit to a chemical test chosen by the law enforcement officer or suffer administrative sanctions.

In Ohio, those administrative sanctions include an Administrative License Suspension (ALS), with or without privileges, and payment of license reinstatement fees. Note that the ALS also applies for a test at or over the illegal limit. Therefore, the only possibility to avoid this sanction is to submit to the test and test under the illegal limit. Yet even such a test is likely to be offered as evidence against you unless the test shows no alcohol or drugs. See the charts in Appendix A and B for specific consequences of submitting or refusing a test.

Particularly for a first-time offender, or even a second time offender, it is worth refusing to preserve not getting an OVI, particularly for an offender who blows at or above the illegal limit of .08. In Ohio, there’s also, per se statutory drug levels as well. They are exceptionally low.

With respect to a repeat offender, Ohio law adds an additional consideration. Within the Ohio OVI statute, 4511.19, the legislature has carved out a separate offense for multiple offenders within a 20 year period. Under this rule, a suspect arrested for OVI who has a prior DUI/OVI or a substantially similar offense within the last 20 years from the date of arrest will be subject to an additional charge called “Refusing to Submit to a Chemical Test.” Essentially, if the state adds a charge of refusing to submit to a chemical test, the mandatory minimal jail time increases and the “hard time” suspension without limited driving privileges is longer. See the charts in Appendix A and B for specific consequences of submitting or refusing a test.

However, even with respect to the refusal charge, the government must prove both elements of “operation” and “under the influence of alcohol and/or drugs of abuse.” If the government cannot prove both of these elements, the suspect will be found not guilty of both offenses. One caveat of the additional refusal charge is that the state can inform the jury of the prior DUI/OVI offense. Nevertheless, in my experience the consequence of this evidence is much less damaging than a chemical test over the legal limit.

Despite the escalated mandatory minimum sentencing penalites in Ohio for the charge of refusing to submit to a chemical test, I still believe it is in the suspect’s best interest to choose to refuse. The suspect who refuses still has a better chance to prevail at trial because the state will not have chemical test evidence. Evidence is the name of the game.The less evidence that the state has against the suspect, the better chance that the suspect prevails at trial.

Furthermore, a suspect who tests at 0.17 BAC or higher, will also receive the escalated mandatory minimum penalty.  Because of chemical testing flaws, as indicated in this book, I would not advise taking a chemical test.

Because of this, I still believe it is in the suspect’s best interest to choose to refuse even though there may be license sanctions. Better to endure a license sanction rather than a conviction of DUI/OVI,  especially for a multiple offender and with the same theory that if there is no evidence, it is harder to obtain a conviction. Furthermore, although beyond the scope of this book, the pre-trial license suspension can be appealed and, with the exception of any “hard time” suspension (in Ohio), can frequently be served with privileges for work, school, etc. or ignition interlock.

The bottom line is that, while there is a consequence for refusing, it is far less than the consequence of conviction.