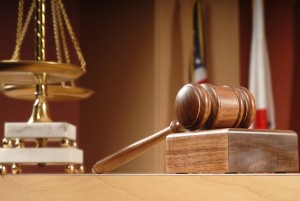 The trial court sanctioned the city for not producing the breath test archives, also known as COBRA data, by prohibiting the city from using the test result in its case-in-chief. The issue argued this week on appeal before the Ohio Supreme Court was whether the trial judge abused her discretion in sanctioning the prosecutor’s office.

The defense, represented by Steve Adams (me), argued that it was critical to Mr. Ilg’s defense whether the breath test machine was working properly and whether Mr. Ilg’s test was accurate and reliable. Because the COBRA data is the best evidence available to make those determinations, the trial court had every right to sanction the city for not producing the data. Without this critical evidence, Mr. Ilg would be subject to a fundamentally unfair trial. The defense argued that trial court’s sanction was reasonably calculated to ensure that Mr. Ilg’s Sixth Amendment right to a fair trial was not jeopardized.

The prosecution argued that the COBRA data would be used for a general attack on the science of breath testing. To the contrary, access to the COBRA information is necessary to determine whether the specific breath testing machine and the specific test result is accurate and reliable. Through this COBRA data, the defense can view and test the information available to make sure that the innocent are not wrongly convicted. See the argument here.

WHAT IS THIS COBRA DATA?

The Ohio Department of Health adopted the “COBRA” system to detect problems with breath test equipment and aid with troubleshooting. Information about every individual machine and test is recorded and stored in a special database. The information is managed by the COBRA application and the data that is produced is referred to as “COBRA data”. The overall accuracy and reliability of a breath test can be evaluated using this data since the COBRA system automatically collects, organizes, and produces data that relates directly to the accuracy and reliability of any given machine at any given time.

This data can be used to identify trend behavior for a specific machine. For example, it can determine whether a machine is reading high or low. The COBRA data can also reveal the overall performance of breath test operators and whether administrative procedures are being followed. Overall, COBRA data allows for an unbiased review of the instrument’s performance and indicates whether testing protocols were followed.

The founding fathers understood that government officials are not perfect. Those government officials include the Ohio Department of Health and the City of Cincinnati. The city’s choice to disobey a court order and prevent the defense from obtaining this critical COBRA evidence displays the wisdom of the founding fathers. Allowing this type of willful disobedience and blatant disrespect for constitutionally guaranteed rights will destroy our system of checks and balances.
To say the least, it is unconstitutional for the Ohio Department of Health and the city prosecutor’s office to withhold this COBRA information. I’ll let the readers of this blog determine other adjectives to describe this conduct.

In Conclusion, COBRA data protects the integrity of the justice system and the rights of defendants. The data ensures society at-large that justice is actually being done. DUI trials –like any other trial– must be fair. Our system of justice suffers when DUI suspects are treated unfairly. Fundamental fairness requires that the City of Cincinnati disclose this COBRA data. If the city refuses, it cannot complain when a judge suppresses the test result and prevents the city from using it in the prosecution. Giving the prosecutor’s a choice in the matter undermines confidence in the outcome of DUI cases when breath test are involved.

What do you think?