What is Online Drug Trafficking?

We are all getting used to a world in which the moment you have a desire to buy something, whether it is that new designer pair of shoes or latest tech gadget, you can hop online in the privacy of your own home and order it in minutes.  In many cases, you will find your purchase on your doorstep the very next day. 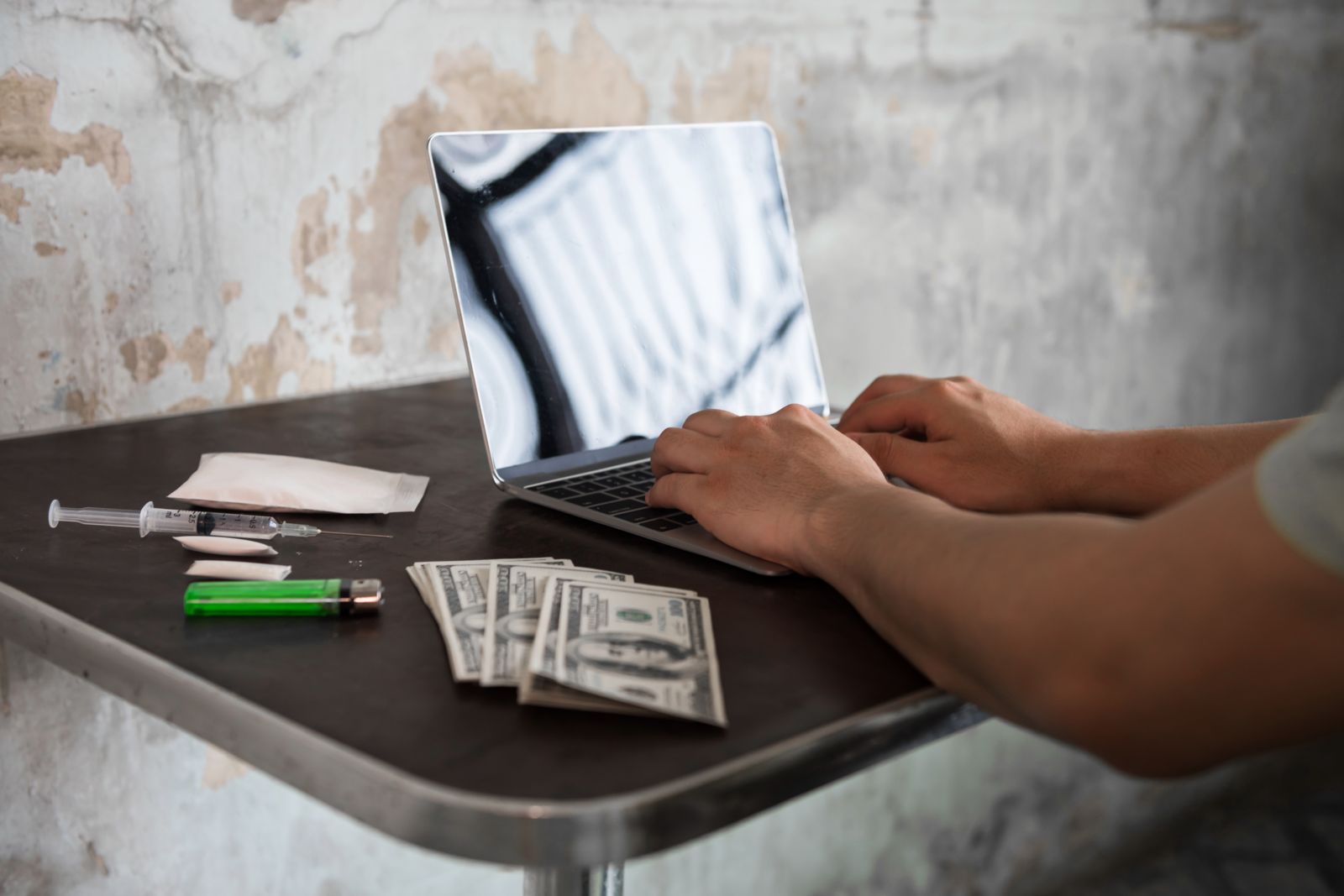 Not surprisingly, that ease of online access applies to products that are not quite as legal as a new pair of shoes.  Indeed, over the last decade the internet has served as a marketplace for online drug trafficking.  While the barriers to illegal drug transactions online are high, given the level of tech knowledge needed to keep the transactions hidden from law enforcement, online drug trafficking is becoming more and more prevalent throughout the world.

The phrase “drug trafficking” is defined as an illegal trade involving the cultivation, manufacture, distribution, and sale of substances that are subject to drug prohibition laws.  Therefore, as you might expect, the concept of online drug trafficking is simply the act of engaging in drug trafficking on the internet.

Those who seek to distribute illegal drugs via the internet must deal with a number of technological challenges to ensure that the deals do not draw the attention of law enforcement.  Oftentimes, online drug trafficking operations employ encrypted messaging applications and cryptocurrencies to hide their illegal activities.  Yet, generally speaking, online drug trafficking is the same – and is prosecuted in the same way – as drug trafficking that occurs offline.  The only difference is that the location of the deal is not on the street or by phone, but rather it is over the internet.

One of the first high-profile online drug trafficking cases was known as “Silk Road.”  Silk Road was the name of an online platform, launched in 2011, primarily for the sale of illegal drugs.  The website was hidden from a casual internet surfer’s view and was thus considered part of the Dark Web.

According to the U.S. Drug Enforcement Administration (DEA), Silk Road was “the most sophisticated and extensive criminal marketplace on the internet at the time,” and it was used by thousands of drug dealers and other unlawful vendors to distribute hundreds of kilos of illegal drugs to well over 100,000 buyers.  The site also facilitated the laundering of hundreds of millions of dollars in connection with those unlawful transactions.

In October 2013, the FBI shut down the website and arrested the site’s founder, 30-year-old California resident Ross Ulbricht.  Following a trial, Ulbricht was convicted on all counts, including distributing narcotics on the internet and engaging in a continuing criminal enterprise.  Ulbricht was sentenced to life in prison in 2015.

The prosecution of Ulbricht, however, did not stop copycat websites from sprouting up after Silk Road was shut down.  In fact, after Ulbricht’s arrest, Silk Road 2.0 came online, run by former administrators of Silk Road, but was quickly shut down.  In early 2015, Silk Road Reloaded launched with cryptocurrency support and was subsequently shut down; and in May 2019 a similar website out of Germany called Wall Street Market was shut down.

Most recently, the U.S. Attorney’s Office for the Southern District of Ohio announced this past January the indictment of five members of what is alleged to be the “most prolific online drug trafficking organization in the United States.”  The indictment alleges that, since 2013, the five individuals used several Dark Web marketplace accounts and encrypted messaging apps to sell illegal drugs online.  The individuals allegedly specialized in the manufacturing and distribution of more than one-million fentanyl-laced counterfeit pills and laundered about $2.8 million over the course of their conspiracy.

Ohio Attorney General Dave Yost commented that the conspirators “aren’t street corner drug pushers – this conspiracy allegedly infiltrated our communities and sold fentanyl in the dank depths of the internet and sent it to mailboxes and doorsteps.”

The Impact of Online Drug Trafficking on the Overall Drug Trade