What is Probable Cause vs. Reasonable Suspicion?

The actual text of the Fourth Amendment mentions the term “probable cause.”  In addition, there is another concept that police use, which you may have heard about, called “reasonable suspicion.”  Both concepts are important to understanding how police interact with individuals in a drug investigation, and we will discuss them here. 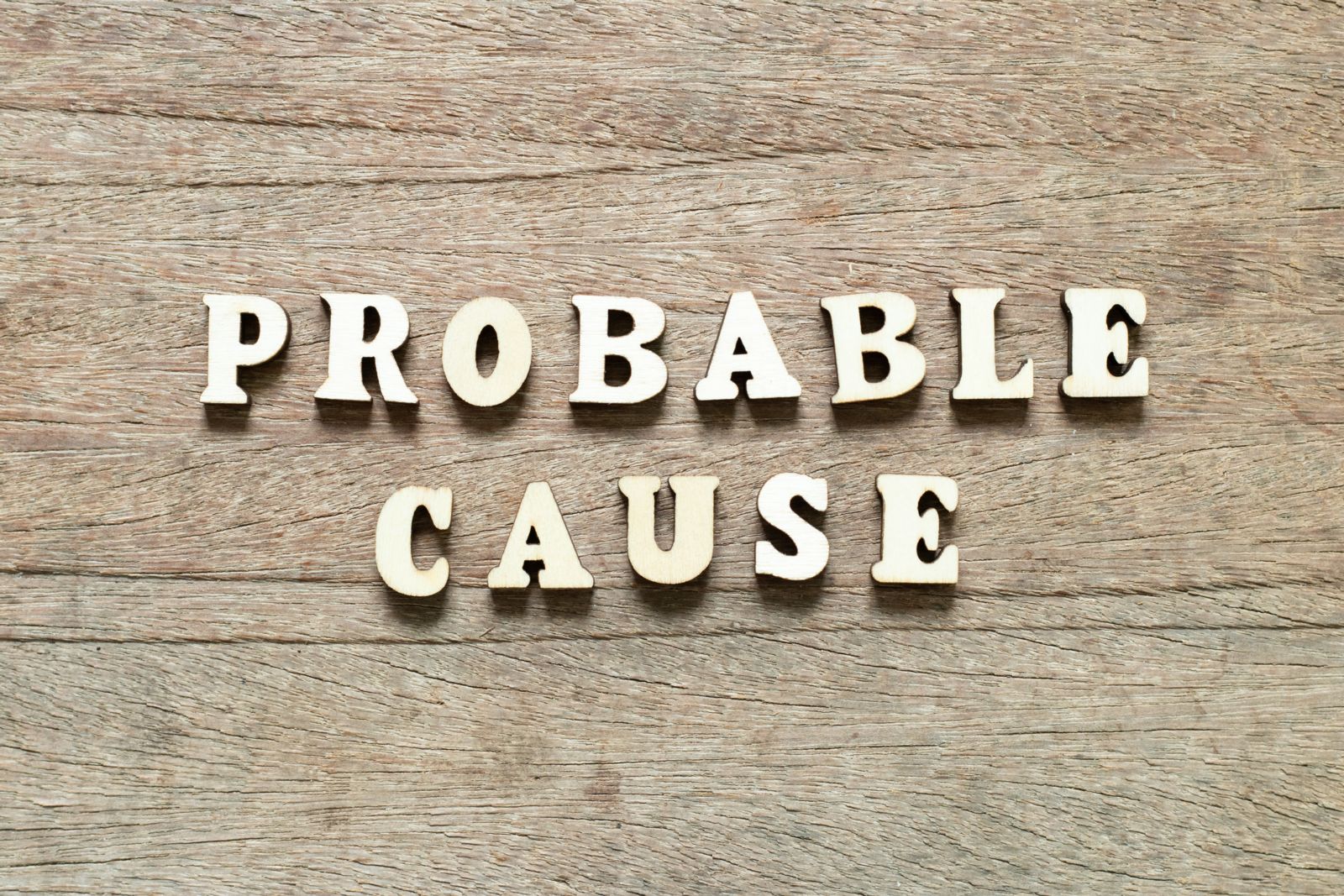 Let’s look at a few scenarios:

Those scenarios essentially tell us all we need to know about the differences between reasonable suspicion and probable cause.

In scenario #1, the cop has no reason to believe that you did anything wrong.  So, absent any suspicion you have the right, under the Fourth Amendment, to be left alone.

In scenario #2, the cop has what is called “reasonable suspicion.”  That phrase means that a cop has some information that a crime has been committed, certainly more than just arbitrarily thinking something is wrong.  Yet, at that point, the cop has less than probable cause to believe a crime occurred.  This type of reasonable suspicion could allow a cop to conduct a “stop and frisk.”  However, it does not permit a cop to arrest anyone or search their person and/or belongings.

Finally, in scenario #3, the cop has what is called “probable cause,” which according to the U.S. Supreme Court is when the trustworthy facts and circumstances available to the police officer “are sufficient in themselves to warrant a belief by a man of reasonable caution that a crime is being committed."

“Stop and Frisk” or the Terry Stop

An ongoing issue between citizens and law enforcement is the police tactic of “stop and frisk.”  You may have experienced that particular police tactic already in your own life.  In essence, a stop and frisk occurs when a cop briefly detains (or “stops”) you and then pats down your outer clothing (“frisk”) in search of weapons.

The tactic has become very controversial in the last few decades.  Specifically, in 2013 a federal judge found that the New York City Police Department used the stop-and-frisk tactic in an unconstitutional manner over the course of ten years.  The NYPD was shown to have peaked at nearly 700,000 stops and frisks in one year, about 87% of which never resulted in any fines or convictions.

Interestingly, the origin story for the modern technique of stop and frisk currently used by police came from a case that occurred in Cleveland, Ohio – the landmark 1968 U.S. Supreme Court case called Terry v. Ohio.

In that case, a Cleveland police officer saw several men standing on a street corner, and each man in turn would periodically walk past a storefront, looking through the window each time.  After a third man joined the pair, the cop began to suspect that they were “casing” the store in preparation for a robbery.  The cop then approached the men, grabbed two of them, spun them around, and patted down their outer clothing.  The cop found guns on both men.

The case became a landmark case when the Supreme Court held that the Fourth Amendment is not violated when an officer stops a suspect on the street and conducts a frisk, even if the officer does not have probable cause to arrest.  The Supreme Court thereby recognized the concept of “reasonable suspicion.”  The Court held that as long as an officer has a “reasonable suspicion” – one that he can support with facts – that a person has committed or is about to commit a crime, then the officer can stop that person and ask questions.  Further, if the officer has a reasonable suspicion that the stopped individual is armed and dangerous, then the officer can conduct a frisk for weapons.

Accordingly, if you hear the term “Terry stop” or “Terry frisk,” you now know that those terms refer to the stop-and-frisk tactic that was found to be constitutional by the Terry v. Ohio case.

Why is this important for you?  A stop and frisk often results in evidence against a drug defendant, and that means that the defendant has the option to challenge the legality of that Terry stop in court.  If you were stopped and frisked on the street in your case, then you may be wise to argue in court that the stop and frisk was unconstitutional because it was not based on reasonable suspicion.