Defenses For Assault Charges and Other Crimes of Violence

According to the federal government, more than 3.3 million violent crimes were committed in 2018.  There is no doubt many of those perpetrators deserve to be punished, but police and prosecutors often exaggerate violent interactions.  They can misinterpret a situation and unfairly cast one person as a victim when the true picture is more complicated.  If you find yourself charged with assault, you may have many defenses available to you.

In a basic sense, an assault is physically harming another person. Some states distinguish between assault and battery, with assault being threatening somebody and battery being actually touching them. Neither Ohio or Kentucky makes that distinction, though.
In Ohio, it is an assault to “knowingly cause or attempt to cause physical harm to another or to another's unborn” or to “recklessly cause serious physical harm to another or to another's unborn.”  In Kentucky, the definition of assault is fairly similar.  In Ohio, most assault is first degree misdemeanor that can come with a 180-day jail sentence and a fine of $1,000.
In Kentucky, assault comes in more varieties. Intentionally or “wantonly” causing injury is fourth degree assault and a Class A misdemeanor subject to one year in prison and a $500 fine.  On the more extreme end, causing serious physical injury with a weapon is a Class B felony, which calls for 10 to 20 years in prison and a fine of up to $10,000.  A perpetrator can also be ordered to pay restitution to a victim in either state.

Not Guilty is Often the Best Defense 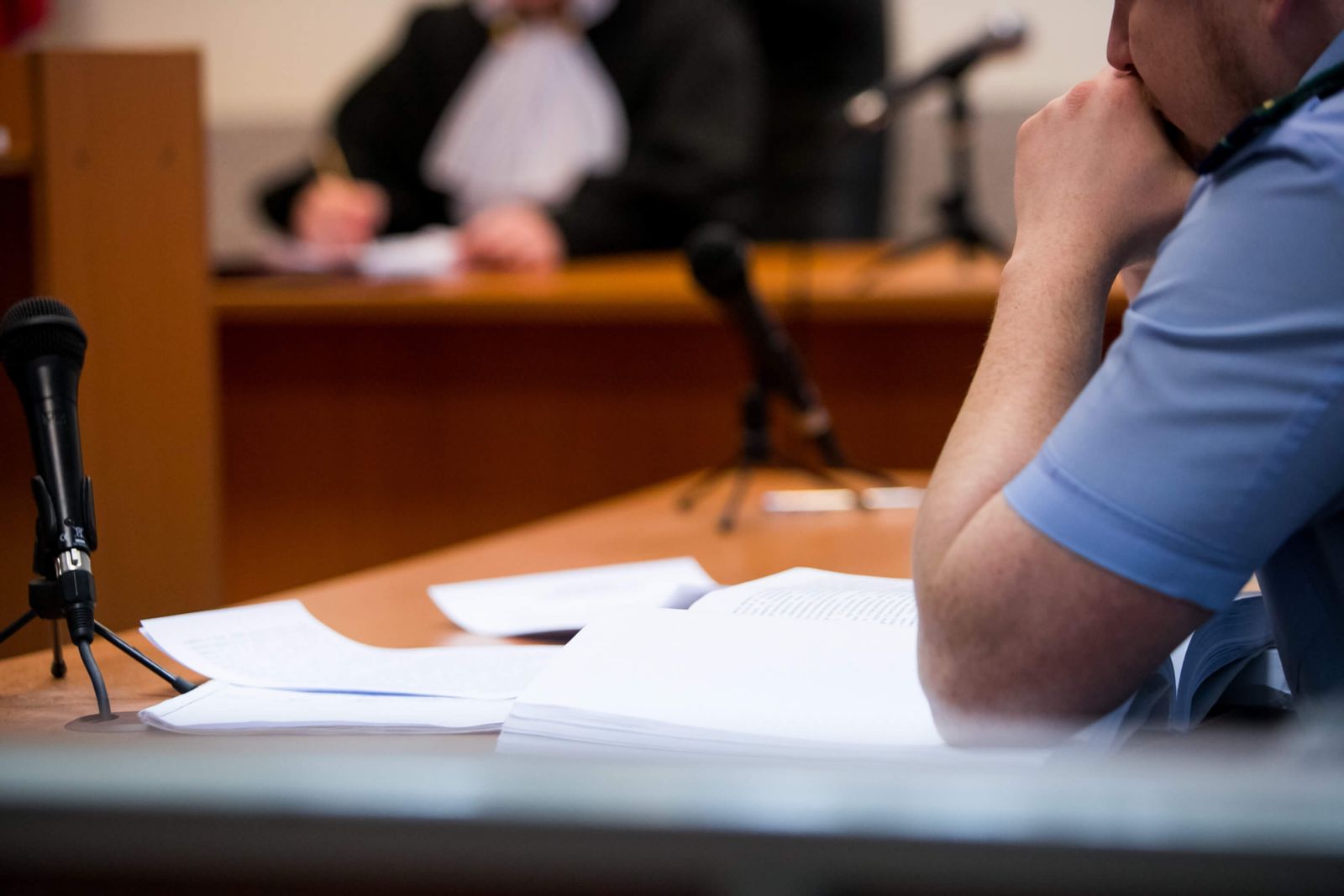 As most people know from civics class or TV, the government must prove an accused person is guilty of a crime “beyond a reasonable doubt” before the accused can be punished.  For an assault charge, the government must prove the accused person (1) did something, (2) with an intent to contact the other person, and that it (3) was harmful.
An accused person can often show they did not even touch the supposed victim. A victim may trip and fall, but then later claim to have been pushed, for example.  In that case, a person accused of pushing may simply need to show they did not push.  Intent is also very important.  A person may accidentally bump into someone and hurt them, but that is not usually a crime.  An accused person may also have not caused the harm in question.
If the government does manage to prove all the elements of a crime, then the accused person still has the opportunity to raise “affirmative” defenses that essentially excuse behavior that would be criminal otherwise.

Self Defense is Frequently Used

Most people understand they have a right to defend themselves.  The police cannot be everywhere at all times. A person charged with assault after a bar fight might have their behavior excused if they were trying to ward off an attack.
Self defense has become controversial in recent years, as it has sometimes been taken so far that it makes people uncomfortable.  Perhaps most infamously, an unarmed teenager named Trayvon Martin was killed by an armed adult in 2014 under suspicious circumstances.  Two years later an unarmed teenager named Michael Brown was killed by police in Missouri after allegedly shoplifting.  These cases caused people to reexamine the law, but self-defense laws have for the most part only become stronger since.
Traditionally, the law required a person to attempt to retreat before using deadly force in self defense. In 2008, Ohio enacted an exception called the “castle doctrine,” which allows people to use deadly force to defend their homes even if they could avoid the confrontation. Some people are seeking to go even further and pass a “Stand Your Ground” law in Ohio, which would let people use deadly force to defend themselves in public even if they could escape instead. Both these self defense laws are already on the books in Kentucky.

Assault is a crime that involves touching another person. Obviously, if you allow another person to touch you they are not committing a crime. You are not guilty of assault if your alleged victim consented to your actions. In recent years the #MeToo movement has shined a spotlight on the concept of consent in the sexual assault context. For example, the allegations against Harvey Weinstein prompted some tough questions about whether a woman in a high-pressure “casting couch” situation can really consent to sex.
Consent in court is not quite as “woke” as some things you read in the news, though. Only a couple of the allegations against Weinstein turned into criminal convictions. In court, consent generally does not have to be verbalized and can be inferred from the situation. Participating in an activity can be consent. That means if you were charged with assault after a playful fight with your friend, he may well have consented to you hitting him.

If you are accused of assault, an experienced lawyer at our firm can tell you if one of these defenses could apply in your situation. You need to not ruin the case before your lawyer is hired, though.  If you find yourself charged with assault in the Cincinnati area, or even just being questioned by police, it is best to stop talking until you get some legal representation from an experience criminal defense attorney. Tell the government you want your lawyer, and then give the Law Offices of Steven R. Adams a call at (513) 929-9333 for a free evaluation.