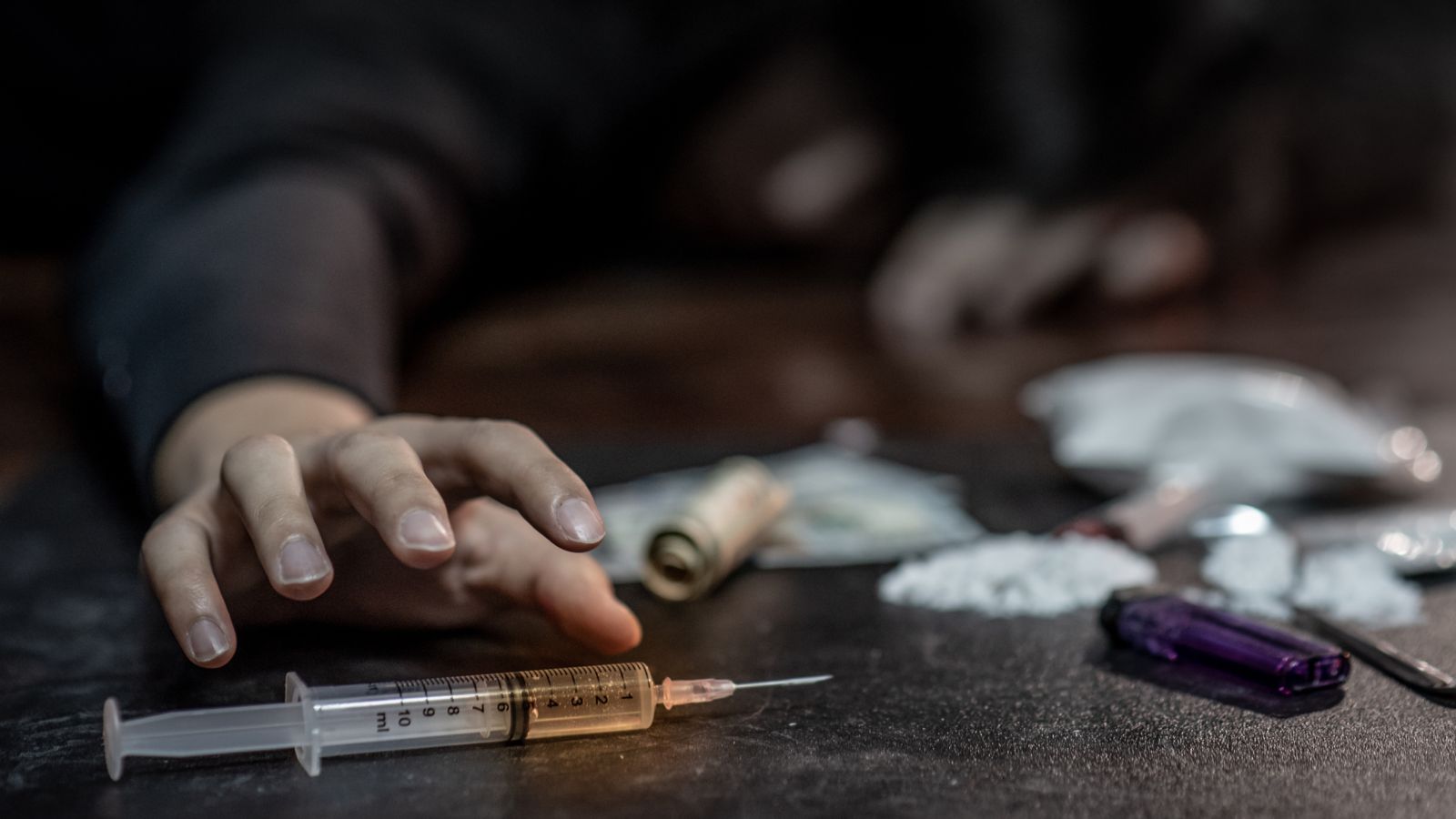 If drugs are found during a search of your person, then your chances of prevailing at trial are low.  Notice the qualifier “at trial.”  There may be defenses to the search itself.

For example, a pat down search by an officer is legally appropriate if he had reasonable articulable suspicion that you were armed.  It may turn out that the suspicion was reasonable (in the court’s mind) even if you weren’t armed.  Those issues would be sorted out at a motion to suppress evidence hearing rather than at trial.  If the court determines that the search was bad, then anything found in that search cannot be used against you at trial.  This would effectively ruin the State’s case.

Knowing there are drugs in a locked glove box while you are sitting in the back seat is, again, probably not enough to prove a case against you.  Yet, knowing there are drugs in a locked cash box next to you in the back seat is getting much more problematic for you.  By the very nature of being in a car with drugs, you are going to be in close proximity to those drugs.  As a general rule, the closer the State can put you to the drugs, the more problematic your defense becomes.

If drugs are found in a house or apartment, then a lot of other questions arise:

For example, unbeknownst to you, your roommate has drugs in his bedroom of the apartment that you rent together.  The police had just observed him buy those drugs as part of an investigation they were conducting.  It is unlikely you would be charged in such a situation, assuming that drugs aren’t stacked, floor to ceiling, in his room.  It is even less likely that you would be convicted even if you were charged.

Changing the facts a little bit, assume the police come to your apartment for a noise complaint from your upstairs neighbor.  When you answer the door, there is a needle, tourniquet, and burnt spoon with liquid on the living room coffee table.  The police see it from the doorway.  The drugs are your roommate’s drugs.  Your roommate exercises his Fifth Amendment right to not say anything.  You deny the drugs are yours, but you certainly had access to them.  The police would likely charge both you and your roommate in such a situation and “let the court sort it out.”

Drugs found outdoors comes up most often during or after a police chase, or during a consensual encounter.  If you are running from the police (generally not a good idea) and the police see you drop or throw something, then they are going to go back and search the area where that item was dropped or thrown.  If that item turns out to be drugs, then you are most likely going to be charged with possession.

That particular situation is made even worse for you because when you run, the State gets a “consciousness of guilt” jury instruction that basically says that you ran from the cops because you knew you were guilty.  That creates an uphill battle, although there are still things to argue.  After all, they didn’t find the drugs on you.  If this was a high drug area, it would not necessarily be uncommon to find drugs lying on the ground.

If the police want to talk to you during a consensual encounter, you drop drugs out of your pocket, and they are found right next to you, then that creates a problem.  As we have discussed, the closer the proximity to the drugs the tougher the case for is for your lawyer.

There could be situations where drugs are found in your front yard.  In such a case, as always, the facts are very important.

Those are the types of questions your attorney needs to investigate to defend you.  Also, drugs found in the front yard would not be in close proximity to you personally.  Generally, the farther away the drugs are from you, the better your case will be.