The constitution of Ohio gives residents the right to bear arms. But there are numerous laws that shape how citizens can carry, use, and transport firearms. Some of these laws are self-evident (do not carry a firearm while intoxicated) while others may be surprising (do not discharge a firearm within 100 yards of a cemetery). Many laws relating to firearms are not applicable to law enforcement officers performing their jobs.

In general, people without concealed carry permits have fewer firearm privileges than people with permits. That said, some rules apply to everyone in possession of a firearm (it is always illegal to carry a firearm while intoxicated, for instance). 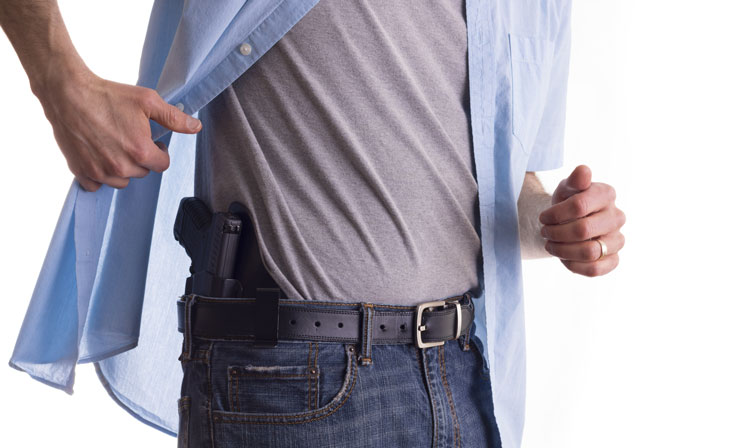 The punishments for violating firearm laws in Ohio range in severity, from minor misdemeanors to second-degree felonies. Here are six firearms-related mistakes to try and avoid.

MISTAKE NO. 1: CARRYING OR USING A FIREARM WHILE INTOXICATED

In Ohio, it is illegal to carry or use a firearm while drunk, stoned, or otherwise intoxicated.

MISTAKE NO. 2: TAKING A FIREARM TO THE BAR WITHOUT A PERMIT

If you do not have a concealed carry permit, it is illegal (in most cases) to carry or use a firearm in an establishment that is licensed to serve beer, liquor, or other alcoholic beverages.

MISTAKE NO. 3: CONCEALING A FIREARM

In Ohio, it is illegal to knowingly conceal your firearm on your body or keep it concealed within reach if you do not have a concealed carry permit.

If you do have a concealed carry permit and you have an encounter with a law enforcement officer, it is illegal not to disclose that you are in possession of a concealed firearm and that you have a permit for it.  Unless you are given instructions to the contrary by the officer, keep your hands in plain sight where they can see them. Do not touch or make any motion to touch the firearm during the interaction.

MISTAKE NO. 4: IMPROPERLY HANDLING A FIREARM IN A MOTOR VEHICLE

There are number of Ohio laws that govern the use and transport of firearms in cars, trucks, and other motor vehicles. For this reason, great care should be taken when considering placing a firearm in a motor vehicle.

Discharging a Firearm from a Motor Vehicle

Purposefully discharging a firearm while in a motor vehicle is illegal.

There are, however, exceptions to this rule, and they generally have to do with protecting the Second Amendment rights of hunters, farmers, and, in some cases, property owners. For example, it is legal to discharge a firearm from a motor vehicle for the sole purpose of shooting a groundhog or coyote.

Transporting a Firearm in a Motor Vehicle

If you do not have a concealed carry permit, it is illegal to transport or have a loaded firearm inside the motor vehicle if it can be accessed without having to leave the vehicle. This law applies to both drivers and passengers. To legally carry a firearm in a motor vehicle, it must be unloaded and placed in a closed container (such as a package, box, or case) or in a “compartment” that cannot be accessed by anyone inside the motor vehicle. The unloaded rifle may be transported in plain sight only if it is secured on a rack designed to hold firearms or if it meets other listed specifications.

If you have a concealed carry permit, you are allowed to have a loaded firearm with you in a motor vehicle. That said, it is illegal to knowingly transport a loaded firearm if you are under the influence of alcohol and/or drugs (see Mistake No. 1, above).

MISTAKE NO. 5: IMPROPERLY DISCHARGING A FIREARM AT OR INTO A HABITATION OR SCHOOL AREA

In Ohio, it is illegal to discharge a firearm at or into a habitation, such as a house or apartment, where an individual either permanently or temporarily resides.

MISTAKE NO. 6: DISCHARGING A FIREARM ON OR NEAR PROHIBITED PREMISES

It makes sense that it is unlawful to discharge a firearm at or into a habitation or school area. But there are other, less obvious locations in Ohio where discharging a firearm is illegal, as well.

For instance, discharging a firearm at or within 100 yards of a cemetery is outlawed, unless given permission from the cemetery owner.

Other places where it is usually illegal to discharge a firearm are lawns, parks, pleasure grounds, and orchards, as well as the grounds of churches and charitable institutions.

In addition, it is against the law to discharge a firearm on or over a public road, such as a highway.