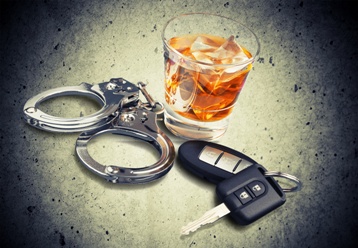 If you have been arrested and charged with impaired driving, you need to understand that this is not a ticket—it is a criminal charge, and the consequences could have a significant impact on the rest of your life. In addition to the penalties imposed by the judge, a DUI or OVI conviction can affect your future employment, car insurance rates, and ability to operate a vehicle. This is why you need a lawyer, even if it is your first offense in either state.

The sooner you speak with a Cincinnati DUI lawyer from The Law Offices of Steven R. Adams, the better your chances of achieving a successful outcome. In many cases, there are defenses available to first-time offenders that are not given to those with a history of driving under the influence. Contact our offices today to find out how we can protect your future.

Penalties for a First Offense DUI in Kentucky (No Aggravating Factors)

Kentucky DUI laws include much more than impairment by alcohol. A person may be charged with driving under the influence if he or she is impaired by any substance that has the potential to affect driving ability, including illegal narcotics, prescription drugs, inhalants, and even over-the-counter medications.

If you are convicted of DUI in Kentucky, potential consequences for a first offense include:

Kentucky law imposes more severe penalties for first offenders whose cases have “aggravating circumstances.” Factors that lead to an aggravated DUI charge include traveling 30 miles per hour (or more) over the speed limit, driving the wrong way on a highway, driving with one (or more) passengers under the age of 12, driving with a blood alcohol content (BAC) of .15 or higher, and causing an accident that resulted in serious injury or death.

A first offense aggravated DUI conviction may result in:

Penalties for a “Low Tier” First Offense OVI in Ohio

In Ohio, drunk driving and DUI are legally referred to as operating a vehicle under the influence (OVI). The potential penalties for the offense depend on the amount of alcohol that was in your system based on the results of your breath, blood, or urine test. If your breathalyzer results were below .17, you would likely be charged with a “low tier” OVI.

The potential penalties for a “low” OVI include:

Penalties for a “High Tier” First Offense OVI in Ohio

If you complied with police BAC test requests and blew at or above a .17, you would likely be charged with a “high tier” OVI, which carries increased penalties such as:

Our legal team has helped countless individuals who have been charged with all types of OVI / DUI offenses to get "not guilty" verdicts or secure reduced charges and lower penalties. We can identify potential defenses in your case, work to avoid jail time, and mitigate the long-term consequences of OVI conviction. Call The Law Offices of Steven R. Adams at (513) 929-9333 today for your free case evaluation.