Consequences You May Face After Being Arrested for Theft in Ohio 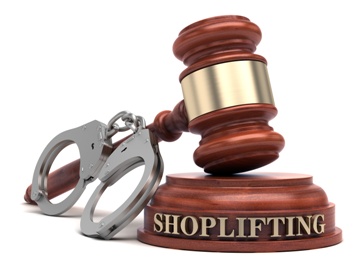 Ohio takes crimes of theft very seriously. If you knowingly attempted to obtain control of someone else’s property—or even took someone else’s belongings off of their property without their consent—you could be charged with theft.

Charges for theft in Ohio primarily depends on the value of the stolen property. As a result, shoplifting could be charged as a misdemeanor or a felony, making it vital that you speak with a criminal defense attorney as soon as possible

Penalties for Misdemeanor Theft in Ohio

Ohio doesn’t have a separate law covering the theft of goods from a retail store. Instead, shoplifting is included under the state’s general theft statute. In Ohio, theft is a first-degree misdemeanor when the stolen property is valued at less than $1000. Since property stolen in retail theft is generally worth less than $1000, the majority of shoplifting charges are misdemeanors.

For misdemeanor or petty theft charges, you may face:

Penalties for Felony Theft in Ohio

Any theft that involves stolen property valued at $1000 or more is charged as a felony. The law also has additional provisions for felonies where specific items are stolen, as well as increased penalties for aggravating factors Examples of aggravating factors include the age of the victim or whether the item is a vehicle or gun.

Additional Consequences of a Theft Conviction

In addition to the legal penalties, a theft conviction can have consequences that follow you for the rest of your life. If you are unable to defeat the charges against you, you may face difficulties due to:

Are you or someone you know facing theft charges?

If you are facing theft charges, you need to speak with an experienced criminal defense attorney as soon as possible. The Law Offices of Steven R. Adams is recognized by Super Lawyers, Best Lawyers, The Best Lawyers in America, National Trial Lawyers Top 100, and is one of U.S. News' Best Law Firms.  Please contact us online or call our Cincinnati office directly at 513-929-9333 to schedule your free consultation.